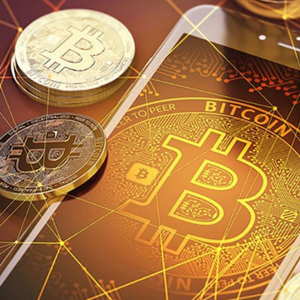 Now that you know everything that there is to know about cryptocurrency, you are ready to take the next step. You want to start making some serious money by trading! Right?!

Sorry about that... By the time you're done reading this, you will better understand the reason for that. Anyway... For trading, you are going to need an exchange.

What is a Cryptocurrency Exchange?
Exchanges are quite literally, exactly what they sound like they are. Places for people to trade. This is very similar to the stock market, which is why they have the same name. In short, you have some coins that you want to sell for whatever is the going price, and some other person wishes to buy those coins for that price.

The exchange is simply an online place that gives you all the tools to facilitate that transaction. The main difference with an exchange for cryptocurrency is the coins that you are able to trade for which other coins. To explain what I mean... In the stock market, you buy and sell stocks, and your local currency is used to make the trade. You don't buy and sell directly between stocks. So your "trading pair" is always cash/stock shares.
In a cryptocurrency transaction, you don't have a $USD as an intermediate. You use a high value coin as part of the trading pair. That is, trading pairs always have to include 1 high volume (and usually higher valued) coin. So on most exchanges, all of your trades must include either Bitcoin, Etherium, or LiteCoin, because those are among the highest value and highest volume coins. Most exchanges also include Doge simply because it has incredibly high volume, despite its value being comparatively low.

So that's the academic portion of this article
What I really want to talk about today is the behavior of these exchanges, and how they treat their users. Because THAT is something that varies wildly across the board. And you really, really have to be careful. There are so many ways that you could find yourself out a bunch of coins and have no way to recover.

You would think that something as important and critical as a money changing web app would be built with the best security, highest moral attitudes, and best security available. Well, you would be wrong about that. If this were something that were regulated by, well, anyone, then yeah, that's the way it would be. But generally speaking, most exchanges are more like an amorphous blob with no discernible source. It's all you can do to tell from what country they are. But this is the world we live in here... Everything about cryptocurrency is unregulated and decentralized, and the exchanges are really no different. That's what people want from this stuff. So it's really no surprise.

I don't mean to imply that all exchanges are potentially criminal enterprises. Not at all. Many of the best ones are FAR from that. You could say that they are more or less "self policed". Because any hint that they are anything but reliable and ethical, and they would have NO user base. And without one of those, you've got no exchange. Clearly it's in their best interests to be cool.

Having said that, that is one of the things to watch out for. More than a few times have exchanges just folded up their virtual tables and disappeared into the night. Whomever had currency in those exchanges, lost it. It is for this reason that you should not hold all of your currencies on one exchange. Because at any time, it all might go away.

To be plain about this... Whatever money you put on an exchange should be money that you are prepared to lose. Because for a number of reasons, be it hacking, fraud, scamming, stupid trades, loss of a password, gremlins, or outright theft, you could lose it. And no one wants that.

Some recent experiences...
What really brings me to write this is that I had been pretty active on one exchange that I was fond of. I will not mention them by name. I think it is unethical to call them out by name. You see, I have ethics... Anyway... They decided one day to make a bunch of different changes to the site. Among them were to "delist" some of the coins. They did this with no warning. Other than to say, "in a few weeks, they will be gone. Please withdraw or lose your coins." The moment that they announced this, they locked trading on the coins. So you couldn't trade them to other users. Many of those coins have no outside wallets. So you can't just offload them. Many of those coins are not traded on other exchanges. And if they are, the fees to move them basically take away whatever value they have. Or, my favorite one; the coin is in "maintenance", so you cannot withdraw it at all. It's completely locked.

Speaking of the fees... That was another thing they did at the same time. They raised the fees for withdrawing. In some cases, the fees were higher than the amount that I'm holding.

I lost a bunch of various coins because of this. Mostly because I had open trades where I was waiting for the value to go up before selling. Now I can't sell. When me and everyone else complained, the answer was a very definitive, ¯\_(ツ)_/¯.

Among the other users of the exchange, many people just said, "Eh... Comes with the territory. All exchanges pull that shit from time to time." That's just great. No accountability. That makes me feel really good about this.

The next thing that they did was changed the "chat" feature (which many exchanges have) so that you could not participate unless you are holding 0.01 BTC (roughly $40). For the record, because I don't like having a lot of money on one exchange, my entire holdings on that exchange were about $60, but spread out over a bunch of coins. I'm not going to lock up 2/3rds of that so I can use the chat. That's just stupid.

At this point you are probably asking yourself why the chat is so important? Why would they restrict it at all? Well... There is a feature in the chat on that exchange where users can "tip" currency. They can tip individuals by name, or they can just tip the last 10 active people. Usually these tips are very, very small. But they do add up. And many new coins promote themselves by jumping into the chat and tipping a few hundred users some of their new coin. So it works out for everyone. The reason that exchange would get annoyed with people in the chat was when people there were being active ONLY for those tips. And, worse, a lot of the users were bots. So in order to limit this behavior, they effectively made the chat useless to anyone who isn't a serious trader. Which, let's be serious... Why even bother to have the chat OR that feature then? Because no serious traders give a crap about micro-tips like that.

Here is the conclusion to this part of the story...
One that explains why I am miffed about this at all. Once in a while, those tips are not just fractions of pennies. Once in a while, the tip is actually worth something. Twice in the course of like 3 months, I got tips that were substantial. One for 12,000 Doge, roughly $25.00, and another for 25,000 of some other coin, that was worth roughly $42.00!!

I do not know if they were mistakes, like someone fat-fingered the keys. I don't know if it was a glitch. But I immediately sold and offloaded that currency. So if anyone had any questions... Sorry, the money is already gone.

The answer to the question of why I'm upset that they changed the chat rules is that I cannot take advantage of that any more... Bummer.

To put into perspective the money we are talking about here... My entire investment into cryptocurrency is roughly about the same as what those tips were worth. So I doubled my money just for being in the right place at the right time.

So on one hand I am pissing an moaning about how the exchange just screwed me over. But on the flip side, I have a story where the goofiness of the exchange gave me a handsome profit. In light of that, this article ends on a high note. There are two opposing stories for things to watch out for. And sometimes things work in your favor.